The range at H&H features over 100 different guns available for rental.  Over the years we have noticed several trends in what is most popular at the moment and what is good quality.  Remember, this list is my top 10, but I want to hear from you, if you don’t agree with my list shoot back in the comments.  I’d love to hear about something I’ve missed. 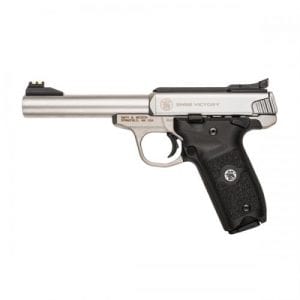 Now this gun really isn’t something people ask for directly by name, but it does get rented out a lot. Now you may ask why is that?  When people come to the range and ask for something easy to start out on this my go to answer.  This gun has all the good qualities of a beginners gun – it is lightweight, easy to handle, has great iron sights, it is simple to operate and the ammo is cheap.  The S&W Victory .22 is great for experienced and new shooters alike.  It’s hard not to have a good time plinking away with a fun .22LR. 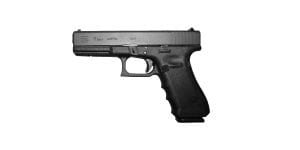 These two guns are just about the same so I’ll lump them together for simplicity.  Both guns are great options for people who have shooting experience under their belts.  Both are simple to use controls and cost effective 9mm ammo make both an easy way to test out your shooting skills.  With Glock’s overall popularity, reliability, and reputation these two guns are commonly asked for by newer shooters who know the brand name.  Take either the Glock 17 or Glock 19 out on the range and you will understand why Glock has earned its stripes.

Just like the Smith & Wesson Victory, this rifle remains a favorite of shooters at all skill levels.  Its ease of use and affordable ammo make it a great recommendation to newer shooters who may be nervous about using a gun for the first time.  The low recoil and great accuracy eases anyone in to the idea of shooting.  It’s always great to have someone bring it back and get a glowing review of it! 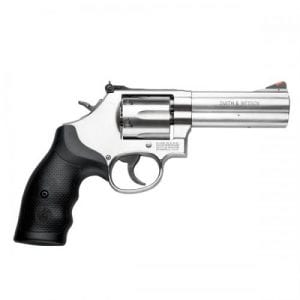 Now here is something people are slightly asking for.  Since Dirty Harry splashed onto the silver screen newer shooters where enthralled by the idea of a giant revolver that could “Blow your head clean off”.  The sad truth of the matter is, the Smith & Wesson 29 is too much gun for newer shooters.  But the idea of a nice, powerful revolver sticks in their heads.  Enter the 686.  This lovely revolver is a great choice for those who come in asking for a “big revolver” that wouldn’t snap their wrist in half.  The large weight of the 686 makes it a bit softer for .357 and even softer for the .38 special cartridge.  Plus shooting a wheel gun is an experience everyone should have at least once. 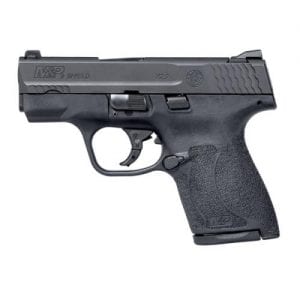 Alright now we get into the guns people are really asking for.  The most popular guns for sale at the moment are compact concealed carry guns, and the shield fits the bill!  It’s slim dimensions make fore a great in the waist band gun.  In addition the tall grip makes for easy shooting.  It is most commonly rented out in 9mm but is available in .40S&W and .45 ACP.  Although this is anecdotal, I’ve never heard of a lot about it malfunctioning.  The Shield has stayed strong after 1,000’s of rounds and it seems like it still has move life in it! 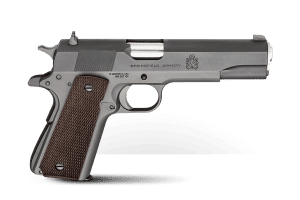 The true American pistol.  It’s hard to watch a World War II movie with out seeing a M1911 in a holster or in use.  The nearly 120 year old design has stood the test of time in the field’s of popularity and actual mechanical reliability.  It’s all steel construction makes for a smooth shooter.  The .45 ACP cartridge is a not exactly a beginner friendly but after just a bit of practice you’ll be slinging .45s like its second nature.  Not to mention that the 1911’s trigger has set the gold standard for a crisp triggers since it came out.  Not to mention that the grips just naturally fir to your hand.  H&H also has about 8 to choose from so take your pick!  It leaves no doubt that you have a firearm in your hand.  While H&H has this exact model, other models of 1911s are availible, such as some from Kimber and Nighthawk. 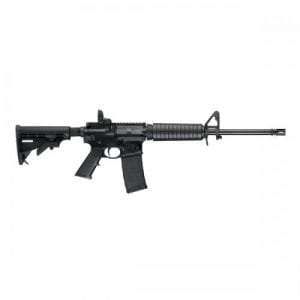 The AR in AR-15 stands for Armalite (the company that designed it) but I’m pretty sure that you could tell some people that it stands for America’s Rifle and they would believe it..  The range I used to work at has three AR-15s for rent and it’s not an uncommon site for all three of them to be out at any given time.  It is a light weight, easy to use, low recoiling, easy to shoot rifle.  It hits a perfect storm of what an average gun owner is looking for.  In a way it’s almost a successor to the Winchester 1894 in the sense of popularity and ease of use.   The ammo can be had for cheap and it’s no slouch either.  The AR-15 shows people a whole new world of rifle shooting.  It’s really something you have to understand for yourself by shooting one for yourself.  The most popular one that gets rented out is oddly enough the plain jane M&P 15 from smith and wesson.  It stands to reason that if you love the base model you’ll like any extra features. 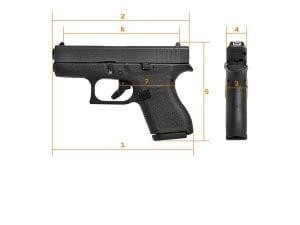 The concealed carry craze is no joke.   For years people have been asking glock for a single stack 9mm and they answered the call with a .380 and a 9mm.  These two guns are commonly asked for and recommended by the range staff.  So it’s no wonder why they are rented out a lot.  Glock’s simple and no nonsense approach to firearm design is evident is their compact carry design.  Thanks once again to Glock’s brand recognition, this gun is an easy choice to try out for those in the market for a carry gun.  And when the gun comes back from being rented, the reviews I get are just like it’s larger framed friends.  No failures to eject for miss feeds.  It’s simple and reliable.  What more can you ask for? 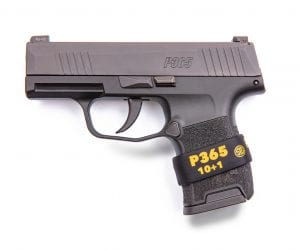 This gun is the king of the Hill.  This gun is asked for by name.  This one has people coming back to buy more ammo.  Every time it’s brought back, it comes back with glowing reviews.  For the concealed carry crowd, I’d say there’s no better option that we could rent out for you.  It has great capacity at ten+one rounds of ammo.  It’s accurate, looks good, feels great to hold and shoot.  People just can’t get enough of this little beast.  It hits all the qualities of a great pistol and at a great price too!  Not to mention it comes with all of the Sig manufacturing standards that you’ve come to expect.  Just go try it out yourself, just make sure you have a lot of money with you.  You might walk out the door with one. 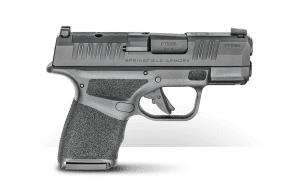 This is an honorable mention for one reason.  We just got one for the rent rack and it is proving to be very popular.   That’s all I’ve got for you, on to number one!

Number one! The Smith and Wesson EZ Shield. 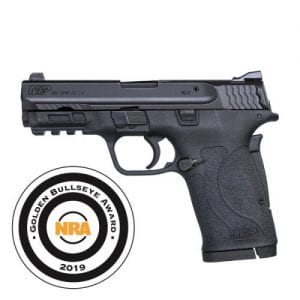 This pistol has been a gift from above!  There have no shortage of people who have just not had an easy time racking back a pistol slide, not to mention handle heavy recoil.  With a combination of light springs and the softer .380 acp, this gun is a great entry point for people who have reduced grip strength.  I’ve rented this gun out and have seen people go and purchase it.  Seeing some one who has never been able to rack a slide then be able to shoot with confidence really warms your heart.  It’s a lovely firearm that let’s just about every one have a chance at self defense!

What do you think of the list?  Maybe you could go to a range and try these guns out for yourself!